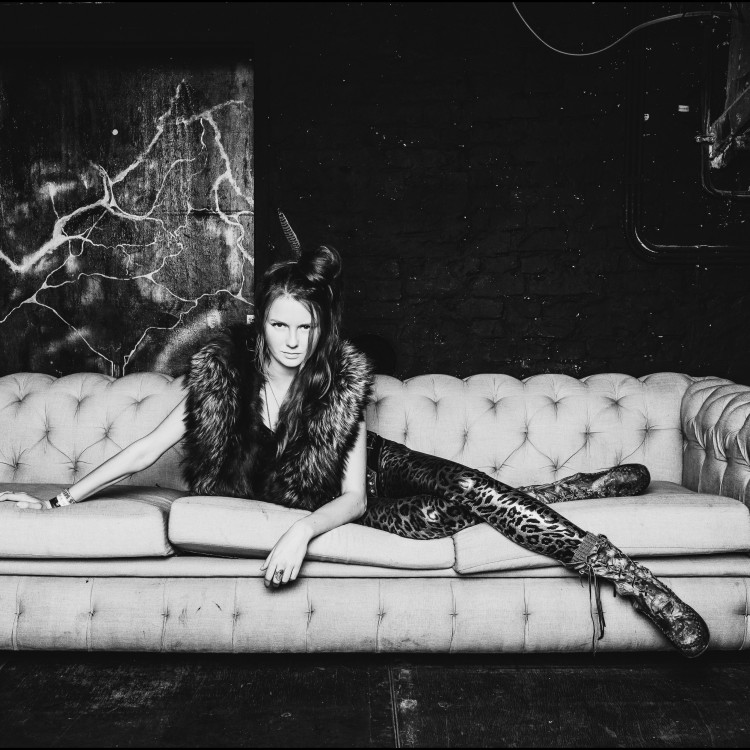 Born and raised in Berlin, Yetti Meissner’s rapid rise within the world of techno has been one with great intensity. As a touring DJ she has paved her way with a relentless work ethic dedicated to bringing powerful techno sounds to worldwide audiences. Her upbringing in Berlin gave her the grit and purity necessary for playing driving techno with ferocious energy. Her style embraces the darker side of things, with pulsing rhythms and psychedelic layers, but always aimed at energising the feet. As many ravers have experienced, she is the lioness that roars loudest in the cavernous Hammerhalle. In her formative years, her days spend raving in Berlin’s techno clubs paved the way for her infatuation with techno. Which turned into outright love since having her first opportunity to play. Quickly attaining a reputation of bringing relentless energy every time she is behind the decks. These days, she is an in-demand DJ, spinning a wide variety of clubs and festivals across many countries. But always with one foot down in Berlin. Where she passionately delivers a driving soundtrack in clubs like Watergate, Tresor and Sisyphos and trips to festivals such as Fusion, Melt! and Stil vor Talent Festival. After all the touring she remains hungry for more and has recently began her endeavours into producing music. With the same dedication as to her DJing and the help of some friends she is eager to give something back to techno.