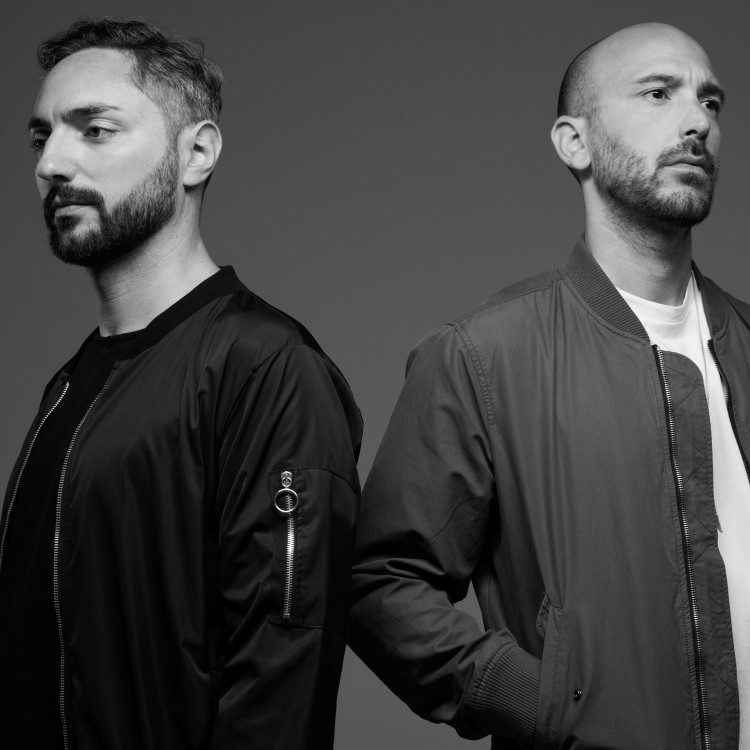 Moonwalk is the Milan-based and Neapoli-born duo Dario and Mauro. Diving deep into the Neapolitan scene in their formative years, the duo’s curiosity for music production quickly became their main focus. Moonwalk was born and the pair made their way through local nightlife, playing the city’s underground clubs, while taking cues from international sounds thanks to the countless gigs in Europe that followed. Dario and Mauro channeled these dance-floor moments into their first releases in 2012 – and it didn’t take long for their moody, cinematic productions to reach international acclaim. Within three years, they released on Definition, Stil vor Talent and Kitball Records, regularly residing in the Beatport Deep House top 10. Things really took off in 2016, as Moonwalk released ‘Meteora’ on Stil vor Talent – a euphoric banger that held position #2 in the Tech-House Beatport chart for over 8 weeks. Releases on cult-label Get Physical as well as Hot Since 82’s Knee Deep in Sound followed, while Meteora was supported by big players like Carl Cox, Marco Carola, Tiesto, Oliver Koletzki, Andrea Oliva, Kölsch, Pete Tong and Hot Since 82, to name a few. It also caught the attention of Solomun, paving the way for the release of ‘Orbital’ on the legendary Diynamic Music. Of course, Dario and Mauro didn’t stop there: killer tracks on labels like Sincopat or Blaufield gelled nicely with regular EPs on Stil vor Talent and have since moved club crowds across the globe. From Milan to Australia, Turkey to Greece, Canada to Switzerland, Holland to Russia, all the way to a peak slot at Fusion’s main Turmbühne in Germany and Burning Man’s The Fluffy Cloud – Moonwalk’s DJ sets are as consistent as they are diverse, constantly keeping energy levels and tensions high while shifting between cinematic techno, big emotions and deeper, introspective moods. Having long surpassed the stratosphere, Moonwalk is ready to reach new frontiers in outer space. We can’t wait to find out what that sounds like.